Almost four years ago, daggerandbrush recommended Killyox as the next expansion in this pretty much still starting Wolfen project. Well, it took some time, but I’m glad I eventually managed to get and paint this beast.

There seem to be different Killyox sculpts around. The one I found to buy at a reasonable price lacks the nice pendants attached to the belt in the front, has a toirtoise or drake texture on the leg armour instead of padded leather, and some other differences. But it’s still an imposing sculpt, and a hell of a pointer. See below for comparison.

I decided to paint the leg armour in somewhat iridescent colours, as if it were the hide or shell of a sea creature or something out of Final Fantasy VIII. In general, the miniature has more colours and a warmer palette than the other wolfen I painted so far.

For some of the details and decorations, like the horn and the plate on the moon-shaped icon on his back, I tried yellow and teal with simple white edge highlighting. I must say I quite like it, maybe just a tad too cartoony.

The skin was perhaps the easiest part of the model – just a matter of building shadows carefully with very thin paint and then adding a little pop with some red and yellows. More than a wolf, I decided to paint Killyox as some sort of kitsune, a Japanese fox spirit, in this case with a double pointed tail. I think the white spot made the face more interesting and saved me a lot of trouble with blending.

Overall, I’m very happy with this mini, and it didn’t even take that long to paint, at least compared to my standards!

Next I’ll do an orc, but soon I’ll be back with another wolfen.

How long did it take for a medieval weaponsmith to make a crossbow?

I have no idea, but I’m pretty sure it took less than it took me to paint this very tiny one…

Still, I wanted to share this because I tried and liked a set of browns for wood that blend quite well and easily together.

Just for fun, here’s (the state of) my palette for the Wolfen so far. You can see it’s been a challenge!

I think I’ll count this as done. It will get some finishing touches and the base after after some of the other puppies will be painted.

If you get close, everything looks still a bit messy. But I have made some bold choices here and there and in the end I am satisfied with how it turned out. I used to be scared to paint these Rackham models and now I’m feeling more confident.

The skin (or really short fur) is painted and highlighted with greys, with just a little purples in the highlights. For the next wolfen, I’ll try to add some colour variation. From some angles the pads on the thighs look rough, but you liked them so much I didn’t change them.

The blonde hair is… questionable. I don’t remember how I came up with the idea, but probably from one of the reference pictures on the Confrontation cards. Then I chose to stick with it. After all, there can be blonde werewolves, right?

This last picture is blurry, but it’s there just so you have all the main angles, and it works in a small format. The sculpt clearly focuses on the front: there isn’t a lot here that draws attention.

One lonely wolf howling at Ylia. Next, I think I’ll go with one of the iconic crossbow sculpts…

On to some Rackham wolfen, which are very dear models to me and among those who really made me want to learn how to paint. Unfortunately I sold the first few wolfen I painted years ago, but now I got quite a few from the old range and I’m going to spend some time on them.

This is an old warrior, with the typical sword design and just a basic leg and head swap.

The nmm on the blade took time: I found it much easier to do a good effect on the two blades pointing downwards than on the large surface of the main blade.

The skin is still not done, but I have started to work some purple tones in the gray, to see if it’s true that it would make the model look more lifelike.

The metal on the two pads on his thighs is very blue and meant to be more reflective and bright. I still have to tone it down and add some shadows on the side, but what do you think so far? Does it look strange?

Clearly I should add more color variation in the skin, especially here in the back. And I have to find a nice pop shade of blond for the tail and hair.

Unfortunately, I don’t think I’ll be able to paint much during the holiday season. Best wishes to everybody and catch you in January! 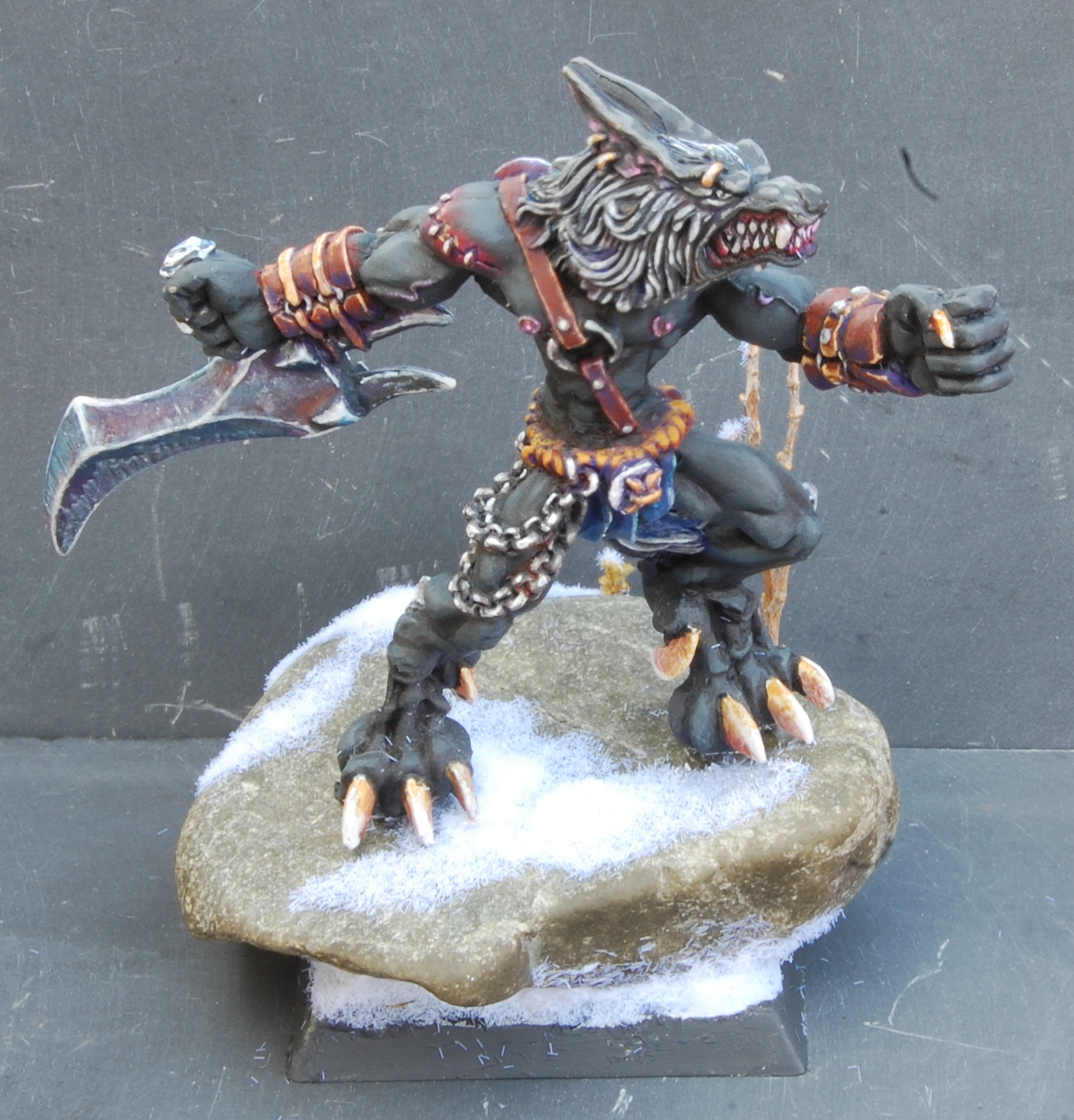 Their main fantasy game, Confrontation, was surely flawed but, man, didn’t Rackham rock some minis! I love this puppy, and it’s one of the worst Wolfen sculpts.

I did my best on this one, trying to remain clean, not exaggerating the shadows and highlights on the skin, bringing out the details on the head, giving the blade a colourful “pimp” and, finally, working on a base that could match and sustain the model’s power.

What do you guys and girls think? Any suggestions for the next member of the pack?

A couple of miniatures I’ve painted a few years ago. They’re both metal Confrontation Wolven from the old Rackham range. 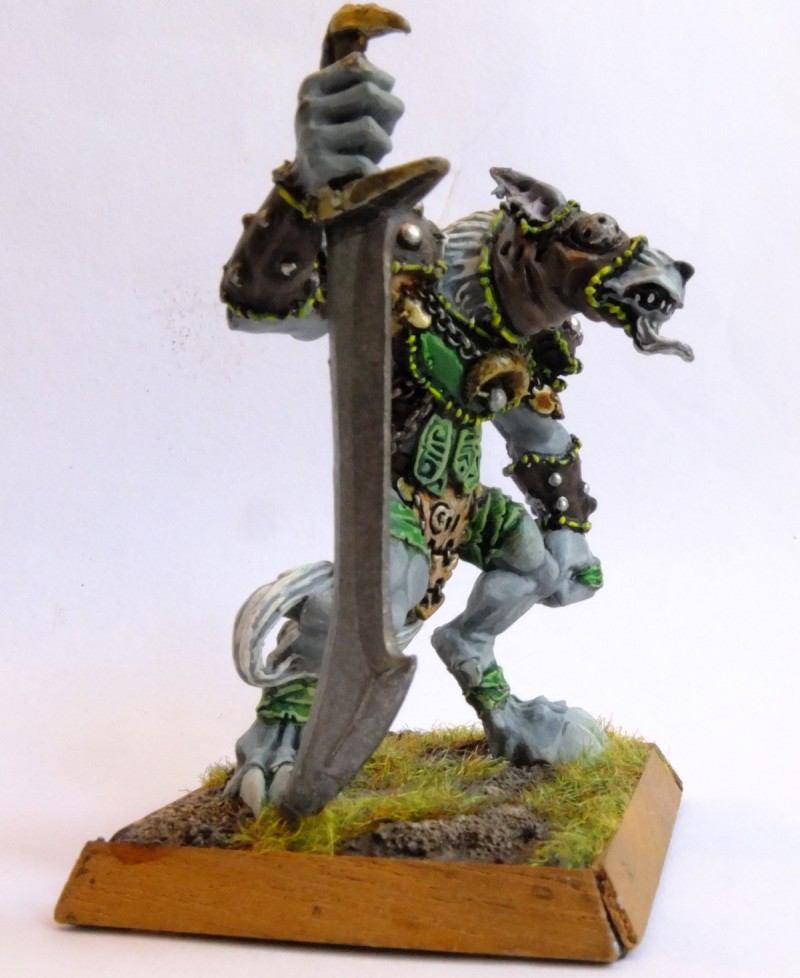 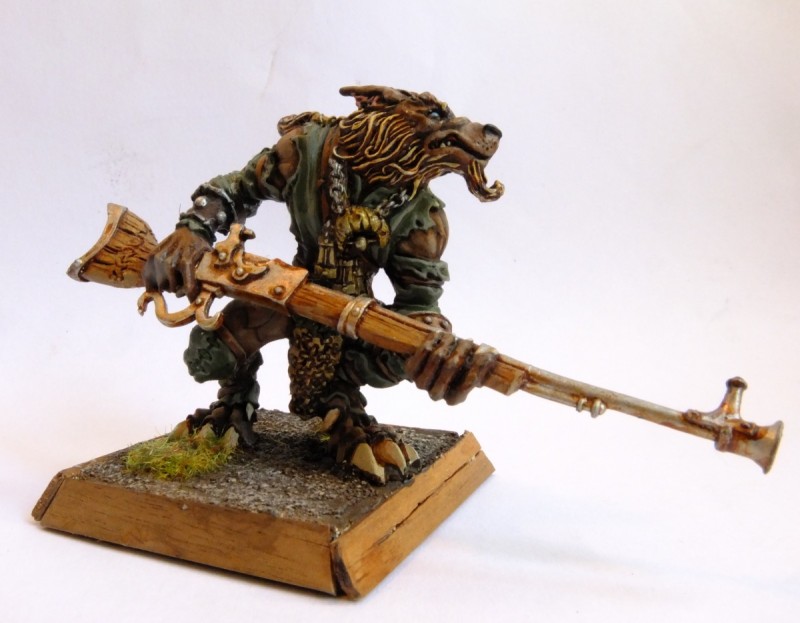 Bergans are imposing creatures with pronounced wolvish or canine features, standing two to three and a half meters tall. They dwelt the forests of the nothern Padwar even before the coming of the elves, and are one of the eldest non-demonic races on the continent. They are natural hunters and their size and swiftness make of them excellent warriors, but their society is peace oriented, and they prefer to merge with rather than to dominate their environment. They were never united as a people or nation and rather live as nomadic tribes.

After the founding of the elven cities, some Bergan joined forces with the elves, many ending up into the ranks of the Red Order during the first war of Olduras. This, for some, has been the beginning of the race’s demise. Introduced within the hierarchies of the islanders, engulfed by their powerful magic, or, later, taken in by the tricksy gadgets of men, many Bergan lost their fierce wildness for a much crueler civility. After the fall of the cities, those Bergans that had been fashinated by foreign ways scattered north and south of the infested Padwar. Some, driven away from the east by the orthodox tribes that were struggling to regain the forests from the demons, crossed the sea for the first time, and landed in Roburgh or on the Orcaan islands of the southern archipelago and began to work as mercenaries.

Bergan mercenaries are often armed with great swords, which they can wield much more easily than a human warrior. Usually, Bergan greatswords are lightly armoured and rely on their agility and reach to avoid blows.

Most greatswords are maintained by the Royal army or the Guild in Roburgh, while some, especially on the continent, remain more independent. Bergan greatswords are usually dedicated warriors, spending most of their time practising the art and meditating.

The best Bergan swordmasters have handed down a few ritual techniques they learned from the masters of the Red Order, so that they are able to speed up their movement, charge their muscles before releasing a blow, jump higher and run faster than normal, make some capillaries explode in the opponent’s eye or cramp its hands or legs with the use of magic.

While powder weapons are still a rarity, and are only produced in the Phoenix workshops and, in lesser number, copied in the factories of Roburgh, the Bergan, with their keen sight and innate sense of tracking and hiding, make for outstanding marksmen. So, a few wily employers started training them as arquebusiers with great results and now a significant part of Bergan mercenaries is armed with specifically designed, oversized, arquebuses. Indeed, Bergan gunners, as they are sometimes called, have made a reputation for themselves and mark among the highest fees in the trade. After the Ban that drove all elves and semi-humans out of the Empire of the Phoenix, they are mostly settled in Roburgh and some in the Orkney archipelago off the North coast.

Since orthodox Bergans loath the use of human technology, arquebusiers place themselves at the nadir of Bergan tradition. And one can say they occupy that place with some jouissance: they can often be heard praising the debasement of their ancestral culture and cracking jokes against their own race as they work on their whiskey in the poshest taverns and brothels of the colonies. 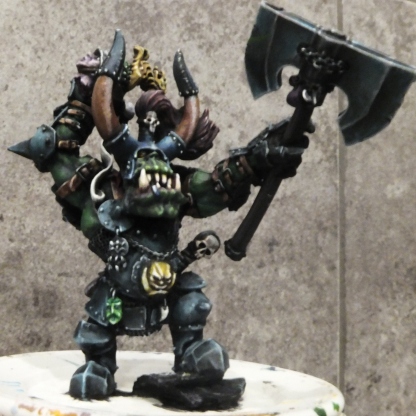 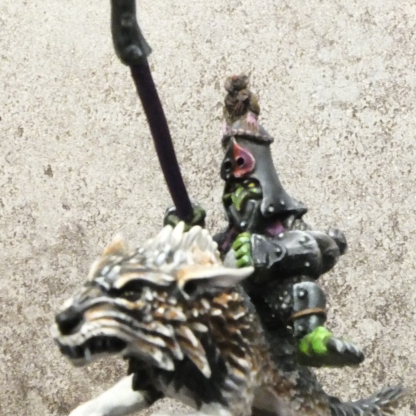 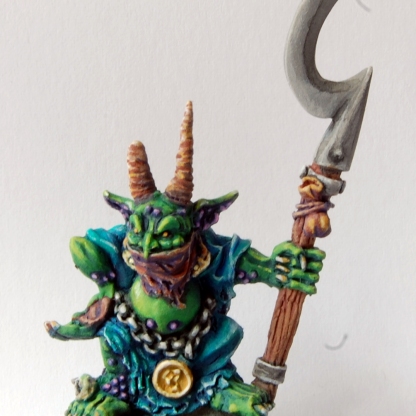 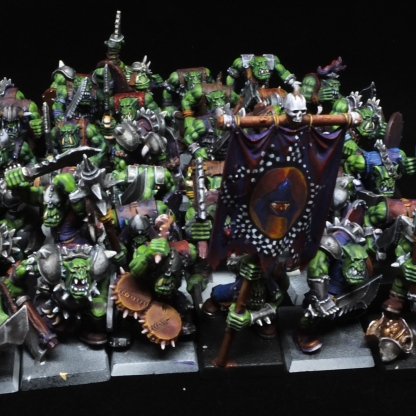 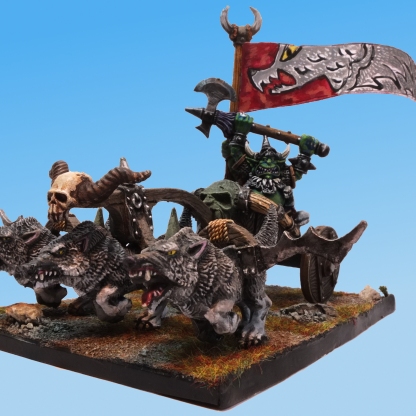 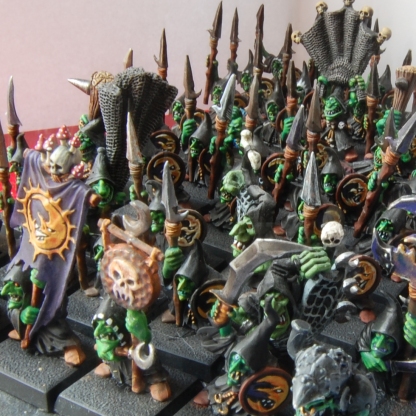 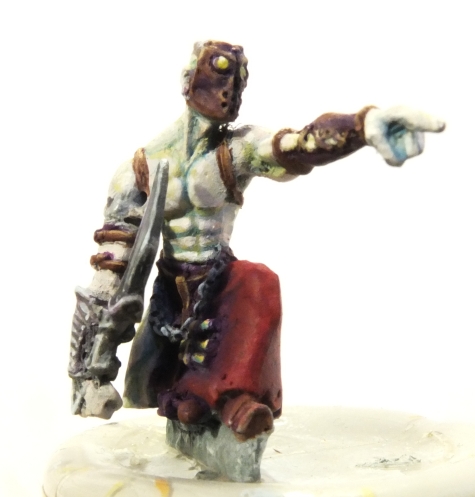 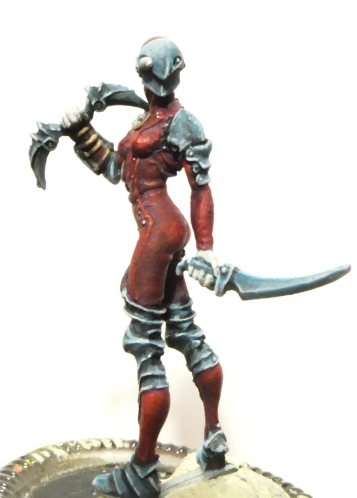 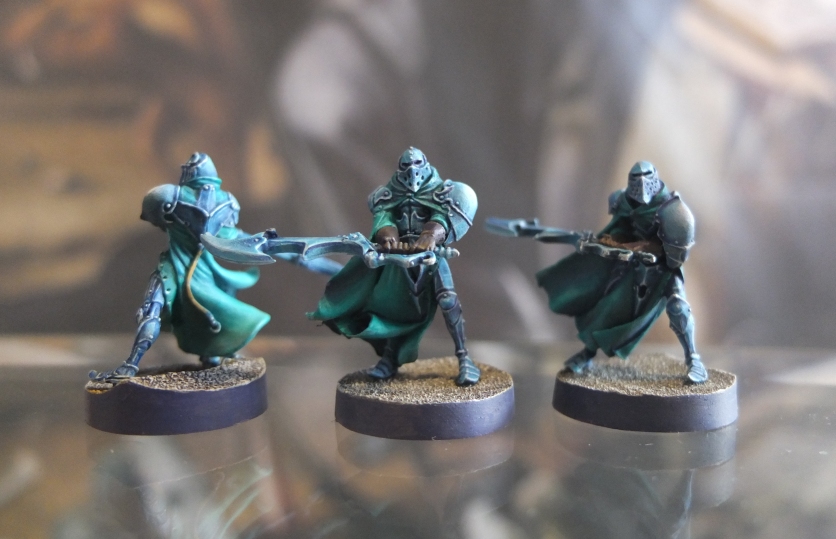 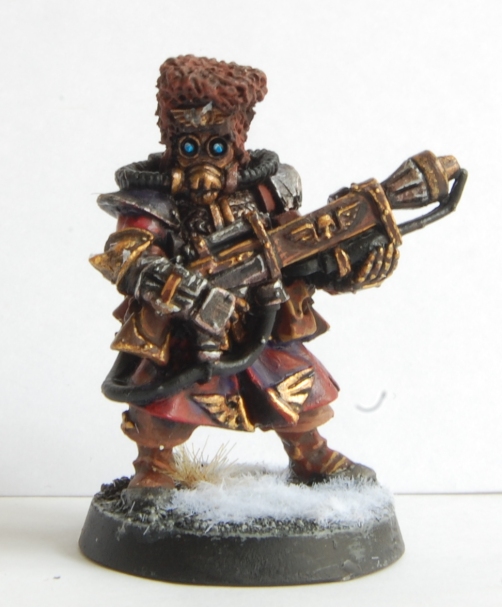 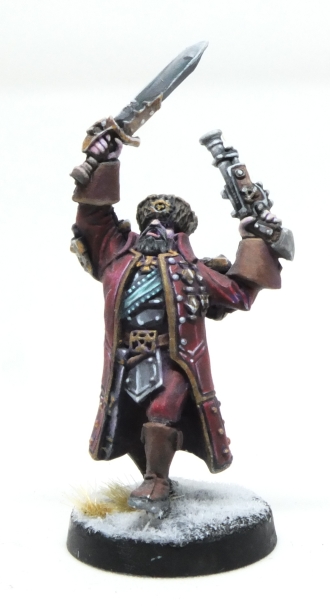 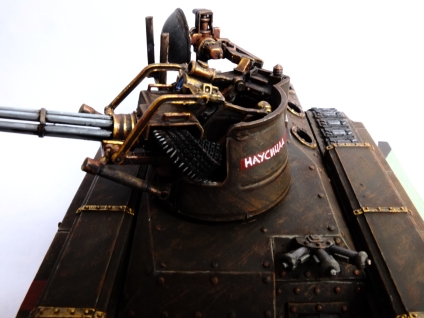 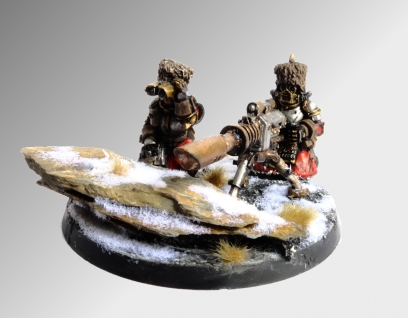 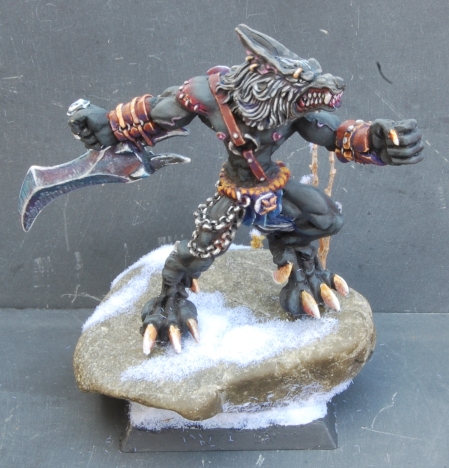 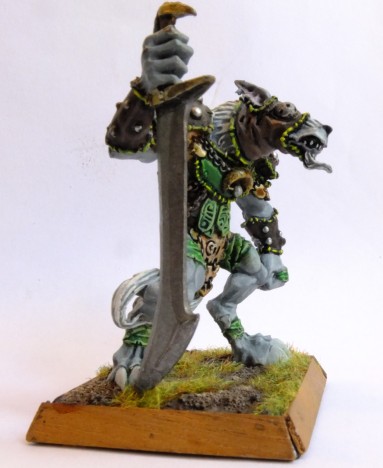 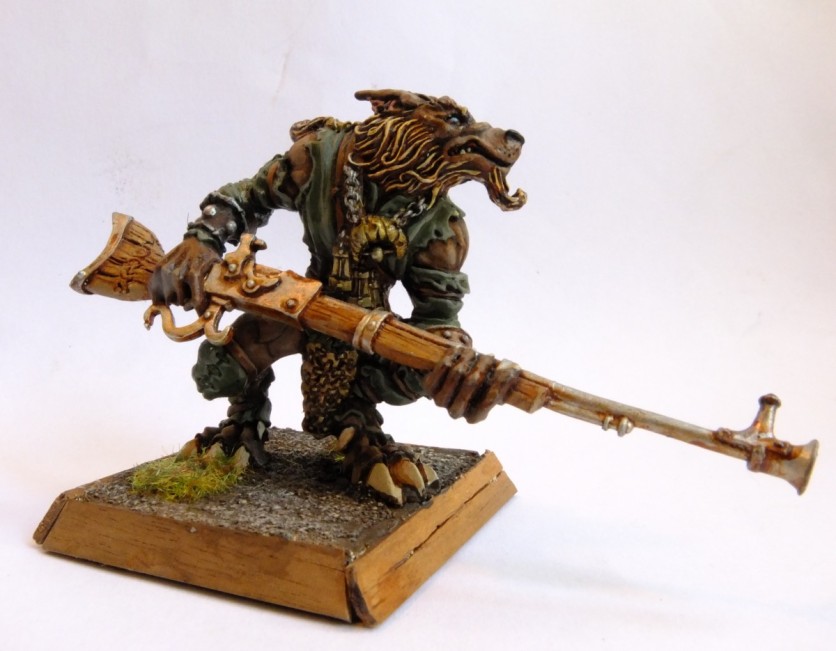 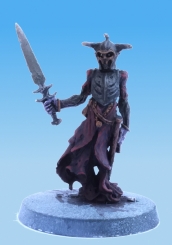 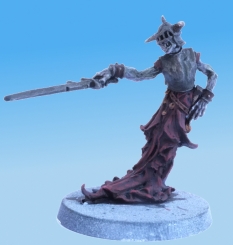 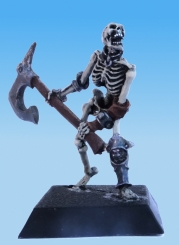 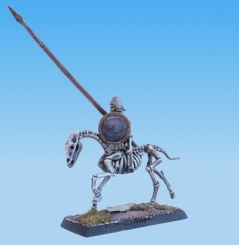 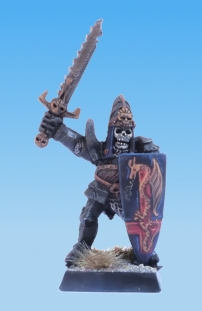 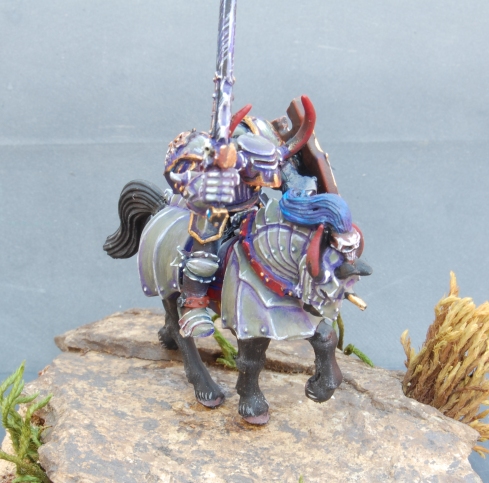 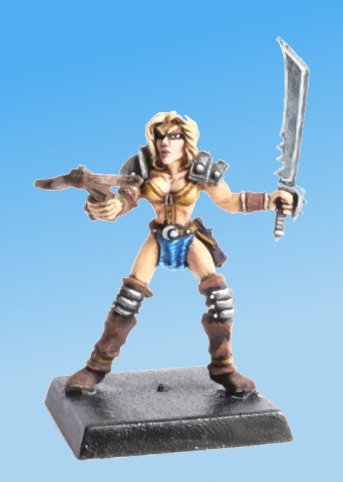 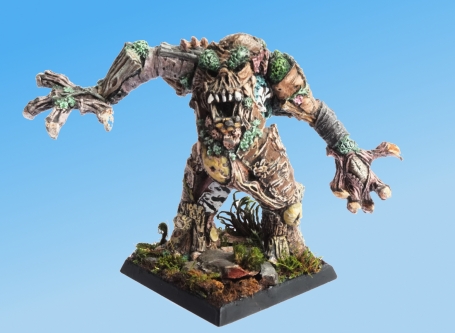 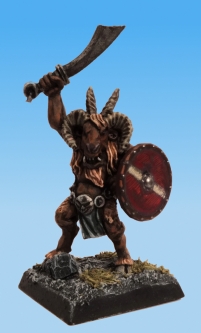 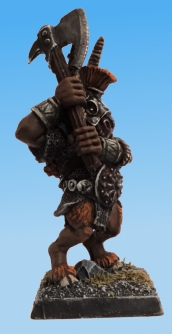